Isola di’ Burano in Italian – Island of Burano… Island of colours, it should rather be named. Every building joined on its side with another. Every building having an upbeat colour and none having the same shade as its Siamese twin. I wonder if the islanders get together and decide which colour they should paint their walls every year, so that they don’t end up having the same colour as their neighbour’s house.

I just couldn’t stop clicking pics of the buildings. They were so bright and vivid. The whole island was full of almost identical tenements. Each sporting a different colour, and yet the melange managed to be so well blended. Numerous disparate colours in one place, yet so perfect with each other, so perfect together.

I kept gazing at them wonder-eyed. May be because they were so unlike us humans. We too are of the same species, but of different colours – having different cultures, languages, vibes, thoughts and feelings, and so imperfect when together. So imperfect together as a race.

Humans, the biggest let-down of nature. 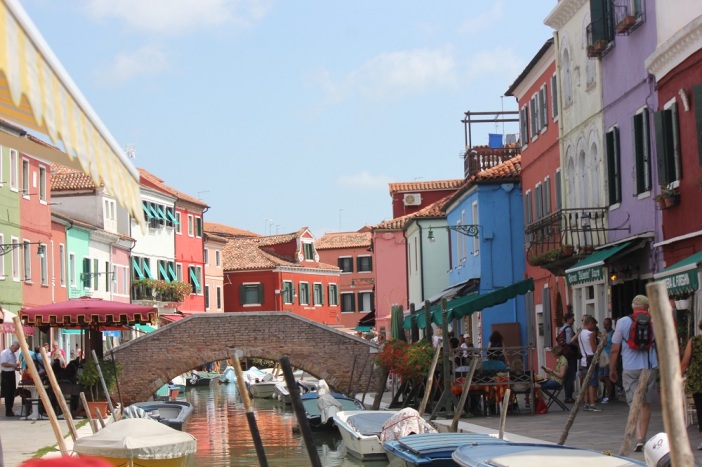